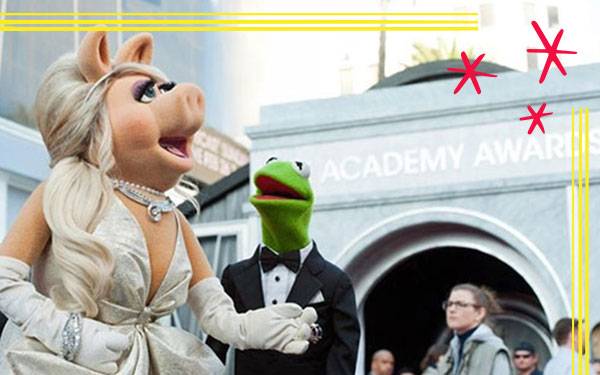 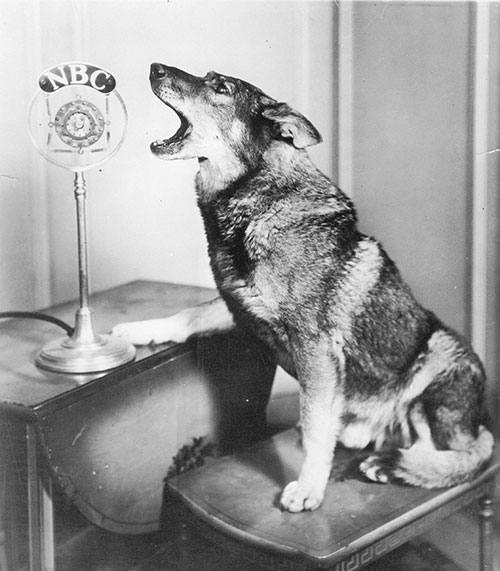 86 years later, the Academy still hasn’t caught up. So while the Hollywood elite are flocking to the most glamorous night of the year, we’ll be remembering when our favorite animals rocked the red carpet.

Here are 11 talented animal actors who have turned Hollywood premieres into adorable events.

1. Uggie the Dog from The Artist 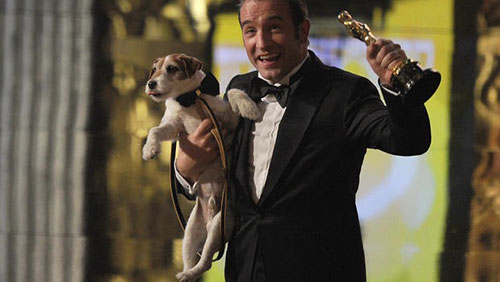 Uggie, an adorable Jack Russell, is probably the most famous Hollywood dog since Toto. When he joined actor Jean Dujardin onstage at the Oscars, he turned the most glamorous night in Hollywood into the cutest.

2. The Horse from Hidalgo 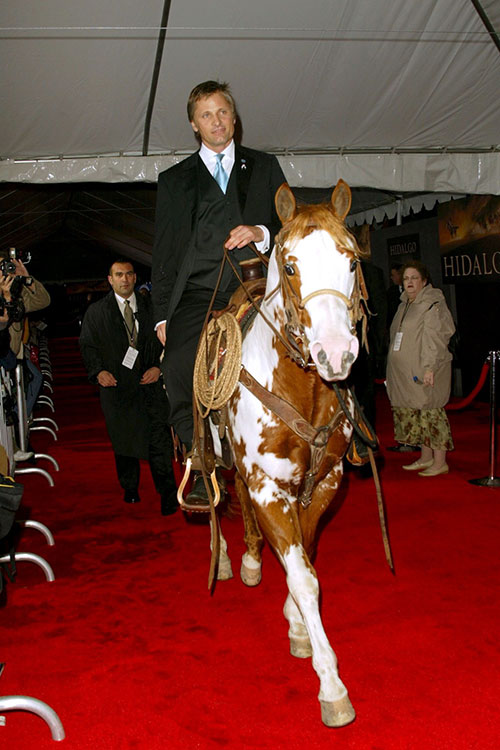 Viggo Mortensen charmed the press when he rode into the Hidalgo premiere on this noble steed.

3. Sam the Orangutan from Dunston Checks In 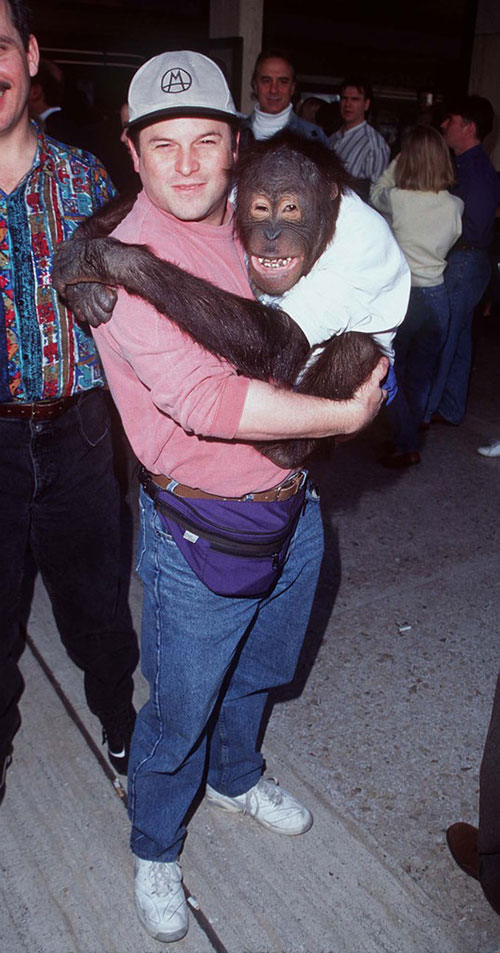 Jason Alexander cozied up to his co-star at the most casual of mid-‘90s premieres.

4. The Vulture from Over the Hedge 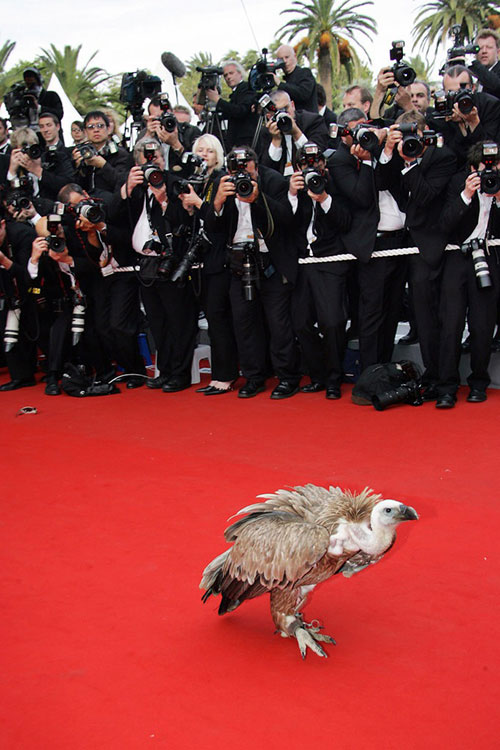 This vulture really excited the photographers at the Cannes Film Festival.

5. Crystal the Monkey from The Hangover: Part II 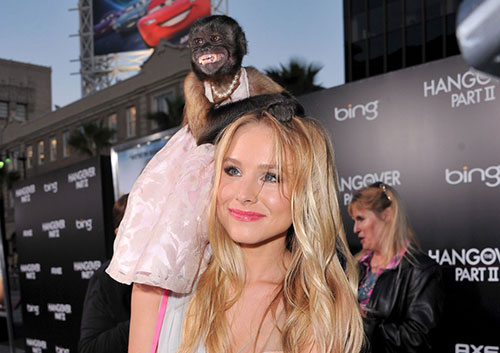 Crystal, in a pink dress and pearls, really upstaged Kristen Bell at the Hangover: Part II premiere in 2010. 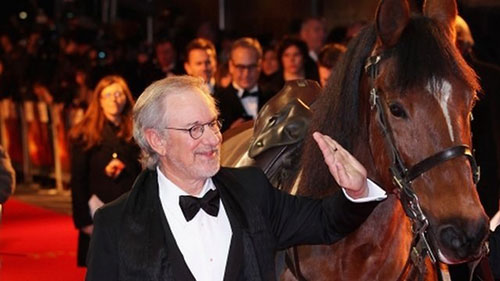 Out of the 14 different horses it took to portray Joey, the amazing equine hero from War Horse, Steven Spielberg chose Sultan to walk the red carpet with him at the film’s London premiere.

7. The Ostrich from Arrested Development 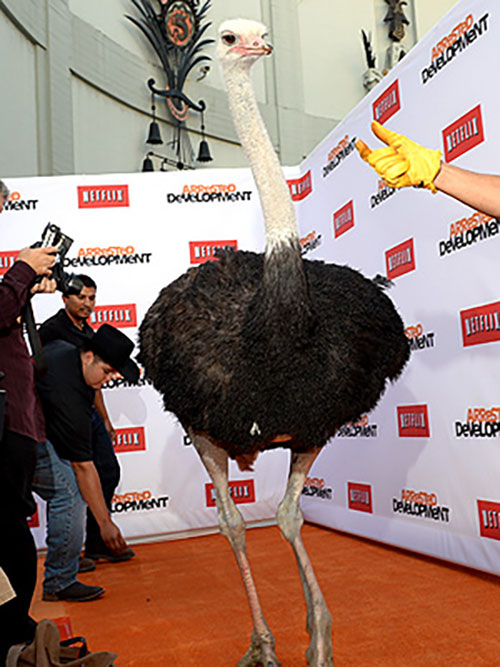 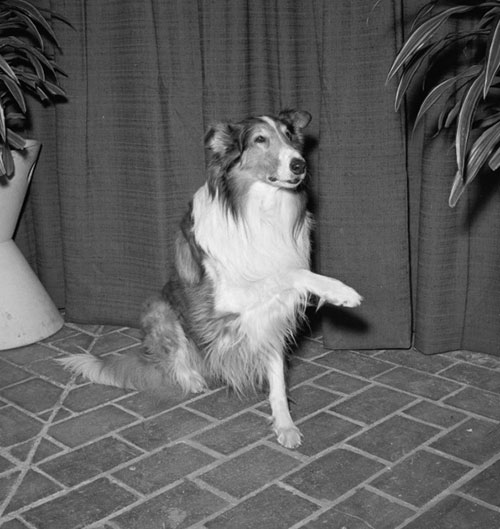 America’s favorite dog gets ready to greet the press at the 1958 Emmy Awards.

9. Marti the Dog from Annie 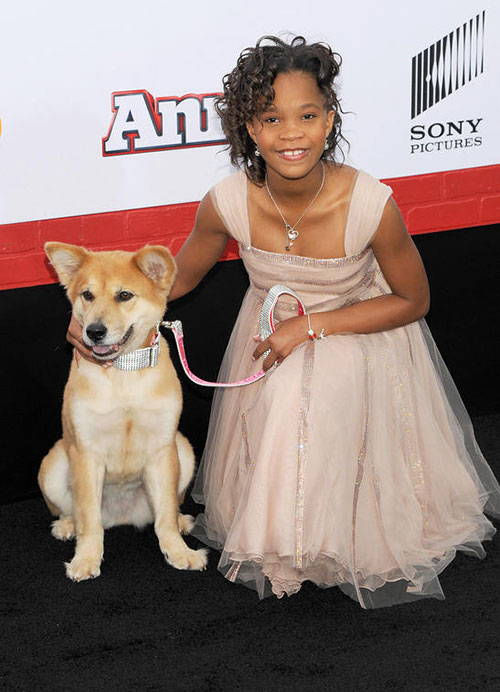 Marti, the rescue dog who played Sandy, joins Quvenzhané Wallis at the premiere of the Annie remake.

And speaking of Quvenzhané… 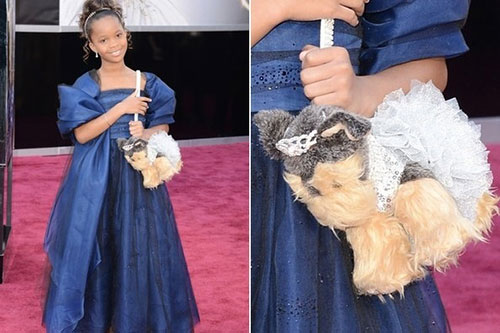 Who can forget the year she wore a color coordinated puppy purse to every awards show when she was nominated for Beasts of the Southern Wild?

10. The Stars of Mr. Popper’s Penguins 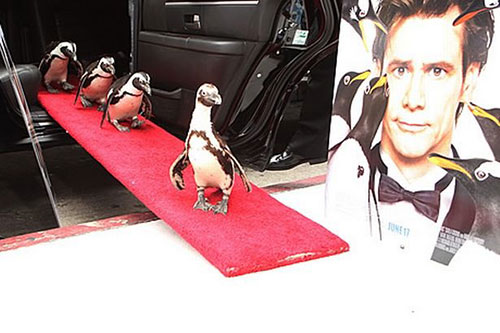 These avian actors used a red carpeted plank to descend from their swanky limo. 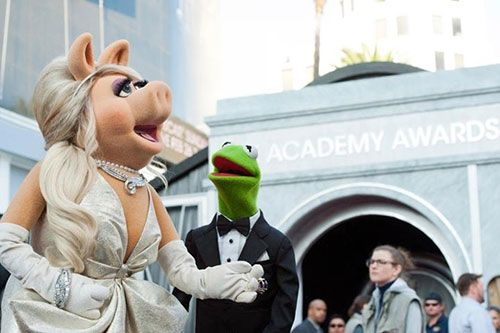 OK, Muppets aren’t technically animals, but they were the most stylish creatures at the Academy Awards in 1982.

While our favorite animal actors may not be eligible for Oscars yet, these red carpet photos are proof that some pets are ready to take home the gold.