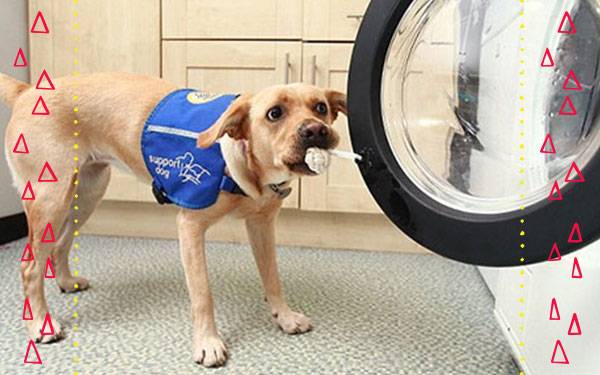 From drug sniffing dogs to those skiing squirrels, animals have always been surprisingly good at finding employment. But you’d be surprised to see how some pets are picking up paychecks.

Here are 9 animals that are working human jobs and putting us to shame while doing it: 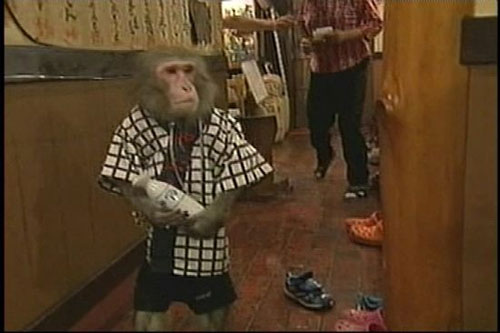 Sake House, a restaurant in Japan, employs trained monkey waiters. The monkeys serve sake during their 2-hour shifts and are tipped in soybeans by the patrons. If Planet of the Apes freaks you out, it might be best to skip this restaurant. 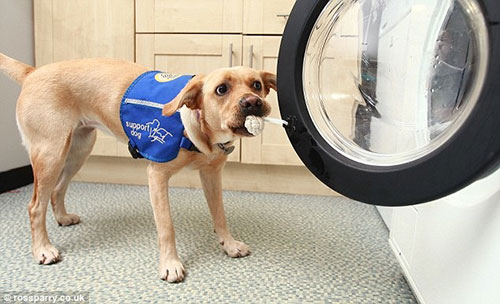 Duffy is a service dog who has been trained to operate a specially designed washing machine. He can open the washer, load it and turn it on, all with his paws and his bark! If only he knew how to fold… 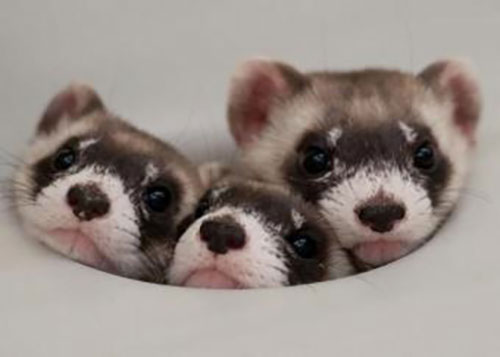 In the 1940s, an electrician trained his pet ferret, Freddie, to be his assistant. The rodent could pull wiring through narrow places that human hands couldn’t reach. The ferret was even written up a 1948 issue of Time Magazine—this was probably the last time that anybody ever showed any interest in electricians. 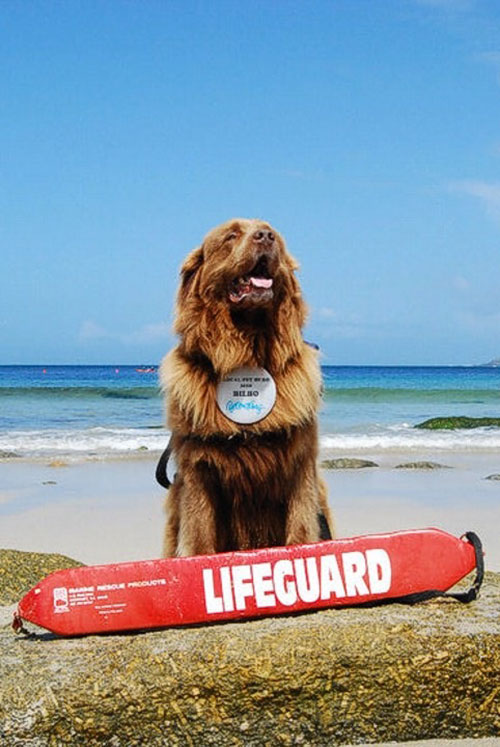 Bilbo, the trained lifeguard, has been saving lives and promoting water safety all along the Cornish coast. With his webbed feet and strong tail, Bilbo is a natural swimmer who can tow others to safety. Forget about Baywatch babes, this is the only lifeguard we want to play with. 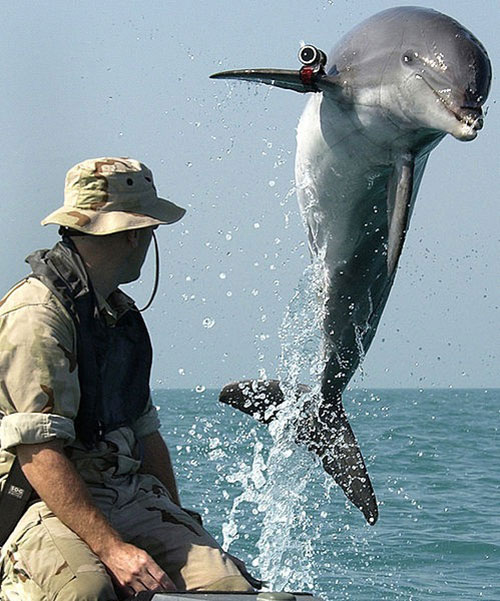 Since 1960, the United States has been training dolphins for object retrieval and mine detection. There are rumors that both the U.S. and the Soviet Union have turned dolphins into underwater killing machines. But so far, laser-shooting dolphins are probably just a fantasy. 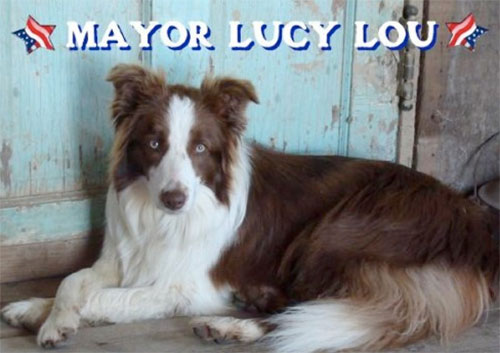 Lucy Lou was elected mayor of Rabbit Hatch, Kentucky in 2008. The Border Collie beat out 10 dogs, 1 cat, 1 opossum, 1 donkey and 1 human for the position.  Rabbit Hatch has been ruled by a canine mayor for the last 17 years, which explains why mail hasn’t been delivered there in almost two decades. 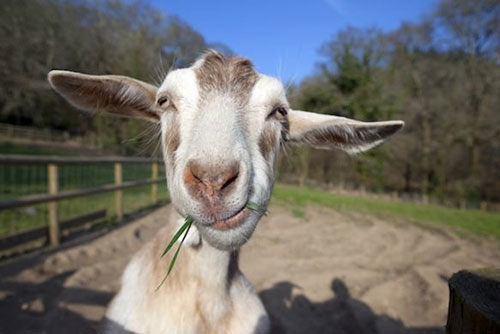 Goats and sheep are born to be lawn mowers. All across the country, golf courses and suburban moms have been employing the hooved creatures to chomp down on unruly grass. Goats and sheep are a green alternative to noisy and dirty gas-powered mowers. They’re also cuter than any lawn machinery we’ve ever seen. 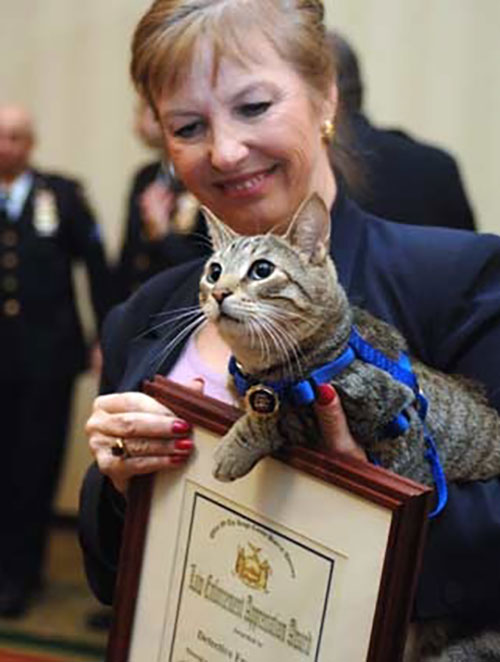 When the NYPD suspected that an unlicensed man was posing as a veterinarian, they sent Fred, the cat, in on a sting. The culprit was arrested when he agreed to neuter the animal. Fred was given the Law Enforcement Appreciation Award in 2006.  Now when are they going to do a Fred themed episode of Law & Order? 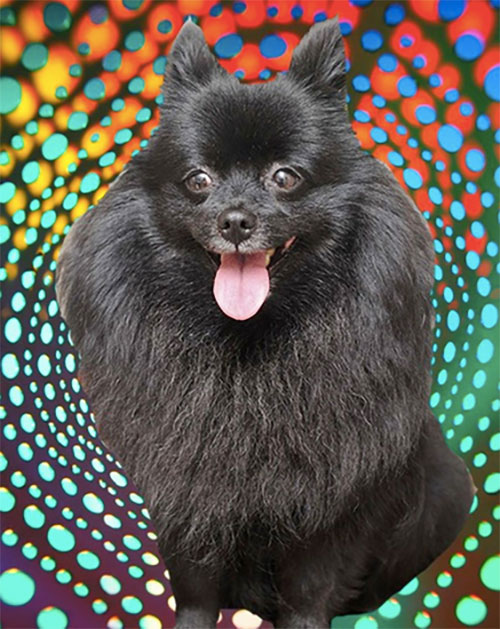 Princess is a German Spitz that can hypnotize humans with a single look. The dog currently entrances on stages across the UK with her human, Krystyn Lennon. Lennon is the niece of hypnotist Hugh Lennon, who used to do the same act with a Labrador in the early 90s.

Now that you’ve seen these hardworking animals, it’s time to get off of the couch, lazy human!