The Oldest (and Sweetest) Man Alive Knits Sweaters for Penguins 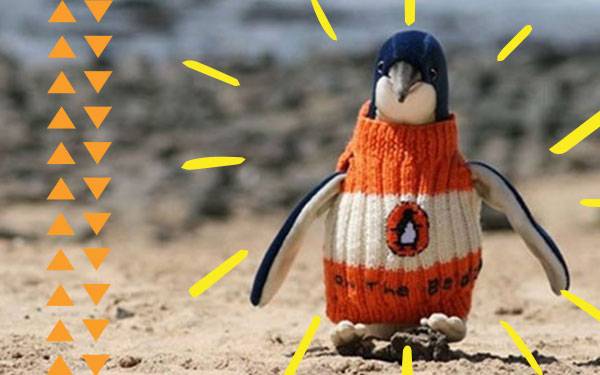 After an oil spill threatened a colony of Australian Little penguins in 2013, Victoria’s Phillip Island Penguin Foundation asked the residents of local nursing homes to knit sweaters for the slicked up birds. 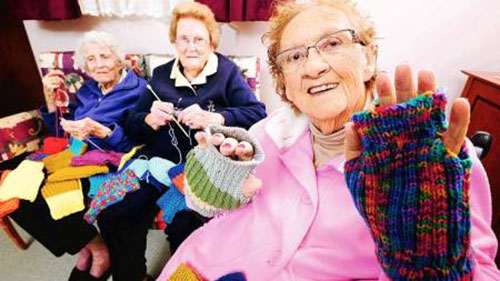 When oil-covered penguins arrive at the foundation, they are given a sweater to wear so they don’t pick at their toxin-covered feathers.  Over 90% of sweater wearing penguins on Phillip Island have been rehabilitated. 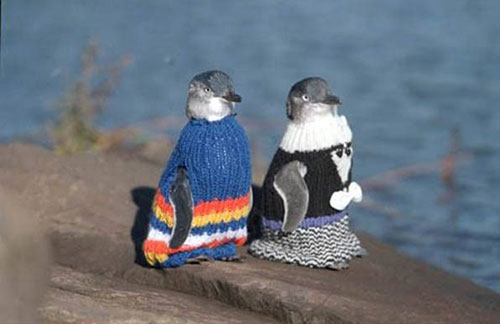 Alfred “Alfie” Date, who at 109 years old is Australia’s oldest living man, went to work as soon as he heard about the penguin’s plight—just 12 hours after moving into his nursing home, in fact.  Despite his advanced age, Alfie refuses to turn in a sweater that’s less than perfect. Alfie has been knitting for over 80 years, ever since his sister-in-law taught him how to make a baby jacket for his nephew, in 1932. 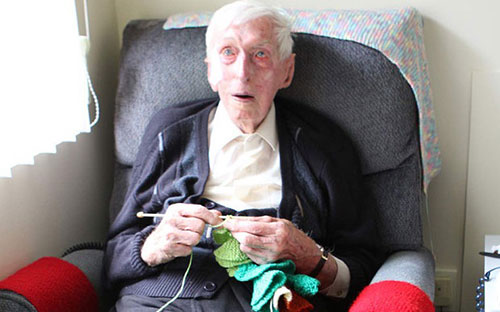 According to Mashable, Mr. Date can remember the sinking of the Titantic in 1912 and the start of World War I. He has 7 children, 20 grandchildren and “about the same amount” of great grandchildren. In 2014, Alfie told the Daily Telegraph that the secret to a long life is just “waking up every morning.”

Little penguins are a species of penguin only found in parts of Australia and New Zealand. Phillip Island in New South Wales, has its own colony of about 32,000. Thanks to Alfie, and other seniors around the world like him, the Phillip Island Penguin Foundation is fully stocked on sweaters.

Check out the detail on this Octopus’ Garden sweater: 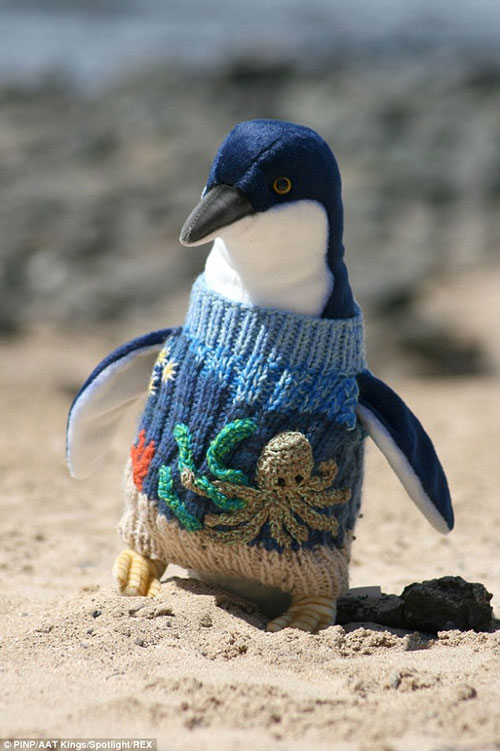 This Penguin Books logo creation is basically a literary masterpiece: 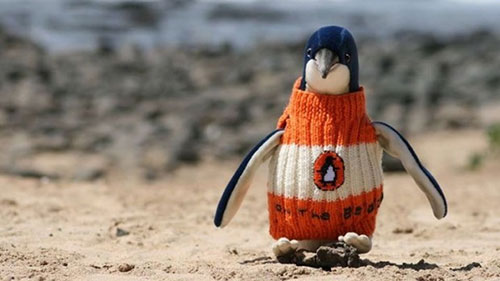 And this Superman sweater qualifies this penguin for entry into our League of Superhero Pets! 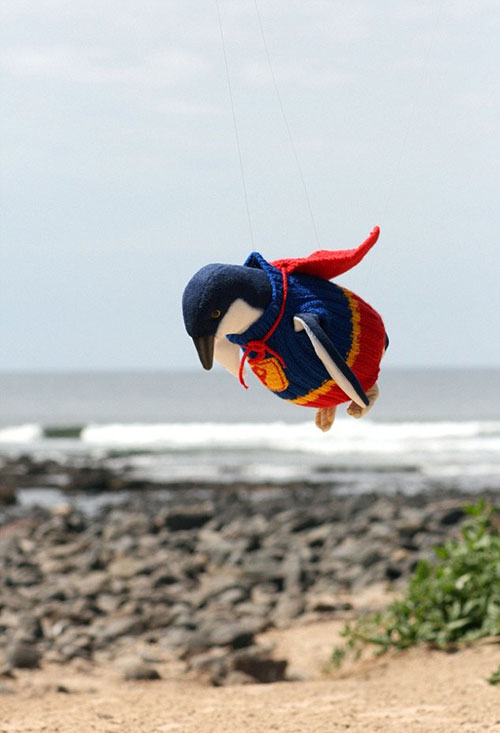 Do you think at 109, he knew he was making a gay pride sweater? 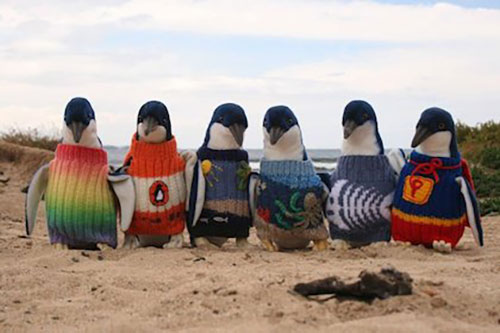 We’re truly amazed by what Alfie Date has done for these rehabilitating penguins!