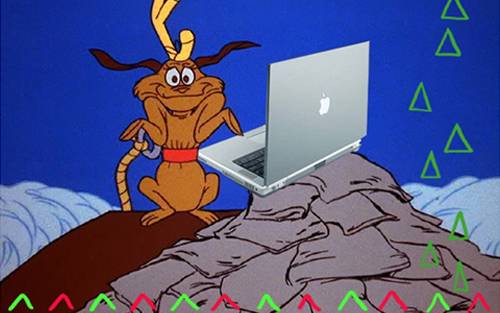 “How the Grinch Stole Christmas” (Live-blogged by the Grinch’s dog, Max.)

(All images screen-capped from the 1966 cartoon)

Hey everybody, it’s me Max the Dog!

And this is the very first post on my blog.

I live with this grouchy guy up in a cave.

Who likes nothing more than to rant and to rave. 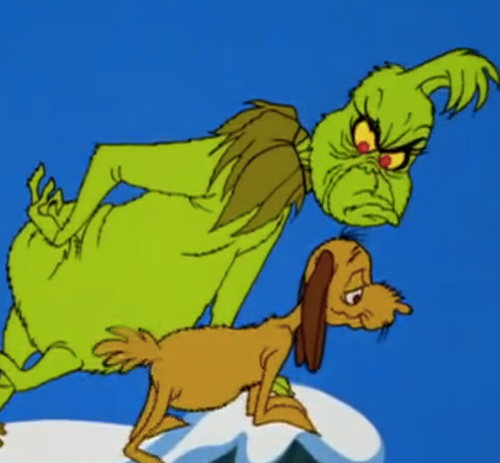 At least I'm always in a good mood.

Today he is feeling especially gruff

Going off on the Whos doing Christmas-y stuff.

I wouldn’t have cared, even though he’s nit-picking

But dude’s a close talker—and his breath is KICKIN’! 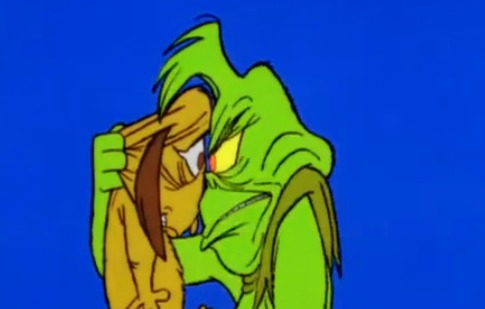 And you guys think dog breath is bad.

The Grinch keeps on yakkin ‘bout things that he hates,

Like loud noises, and music, and roast beast on plates. 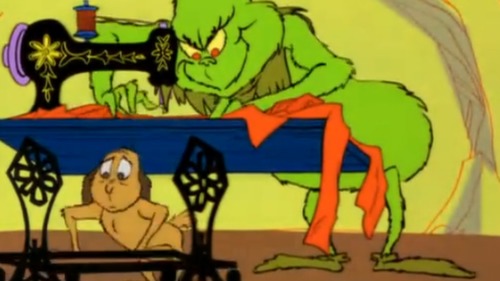 I really hope there’s some roast beast in this for me.

He just tied an antler straight onto my head.

And now he expects me to pull a WHOLE SLED!

No treats, no petting, just one strict command,

It’s a dog’s life alright, and it sure ain’t that grand. 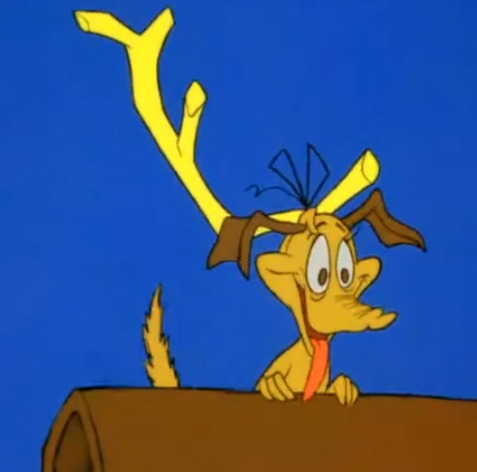 We sped down to Whoville, in that stupid sleigh.

Can somebody call the ASPCA!?

I’m not kidding, that ride was so fur-raising scary!

Why couldn’t we live somewhere flat, like the prairie? 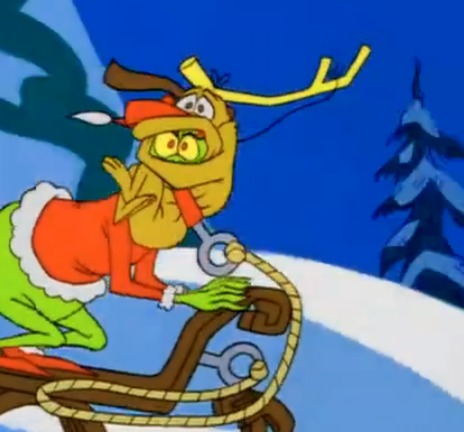 I peed TWICE on this ride.  Serves him right.

For some reason we’re stopping at each house in town

And now Grinchy’s smiling (his smile’s a frown).

I hold the ladder while he sneaks inside

He’s stealing the presents! The thin and the wide! 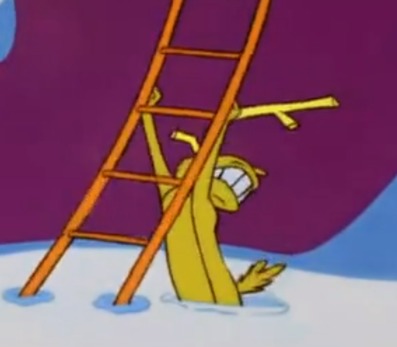 Can you at least see if there’s a chew toy in there?

I just dragged the sleigh to the top of Mt. Crumpit.

Because this is where Genius wanted to dump it.

But guess what occurred when we turned back around?

The Whos made the Grinch want to TAKE IT BACK DOWN. 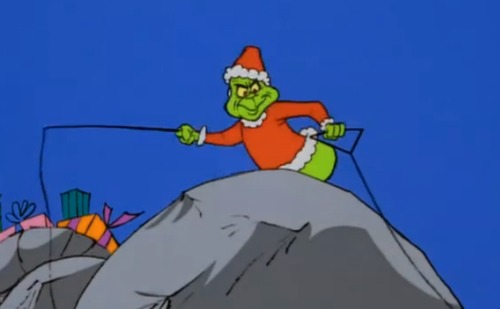 You GOTTA be kidding me.

When we got back to Whoville, the Whos were still singing.

(And also my paws, nose and eyes were still stinging.)

But the Grinch gave the gifts back, and that’s not the least—

I, Max the Dog, finally got my roast beast!!! 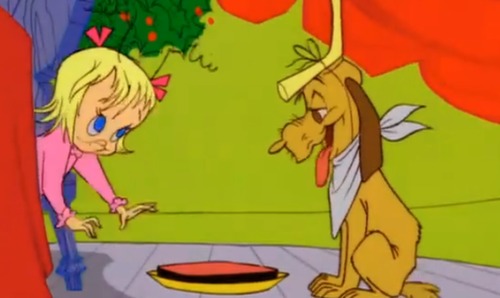 Thank you, little girl, this is literally the only thing I’ve cared about this whole time.