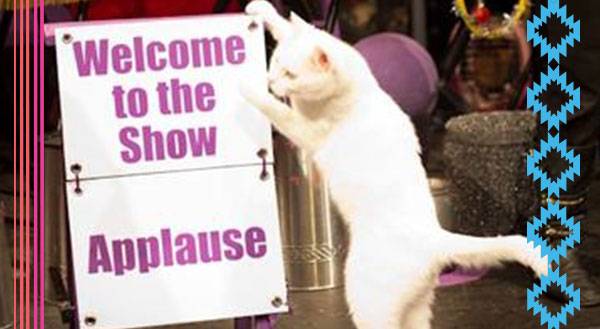 Samantha Martin brought her love of cats to new heights – literally – when she stopped being a full-time animal trainer and started being a cat ringleader. The Amazing Acro-Cats tour across the country along with The Rock Cats, an all-feline band, wowing audiences and proving that "purr-forming purr-sonalities" are the a winning circus combination!

1. These Pussies are Pros

The cats were originally used for film, TV and commercials, and Martin still lets them appear in cat adoption ads.

2. Behind the Fun are The Tears of a Clown (Cat) 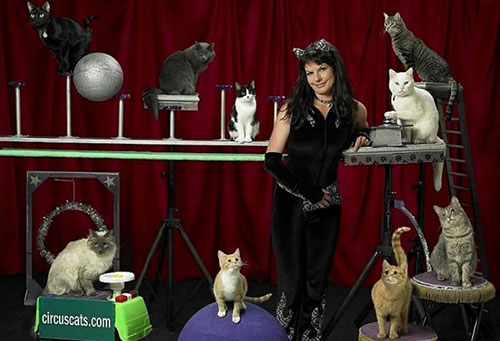 Most of the cats Martin uses had a rough 'n tumble kittyhood as orphans, strays, and rescues. A longtime cat-lover and supporter of adoption, Martin used her skills as a trainer to rehabilitate and train the previously feckless felines.

3. The Benefits of Clowning Around 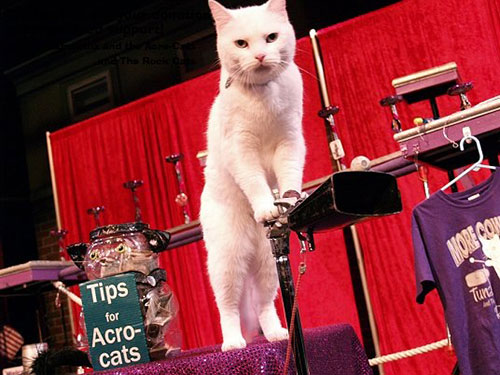 Martin gives a portion of the Acro-Cats' proceeds to cat rescue foundations, so everyone is having fun and doing good! 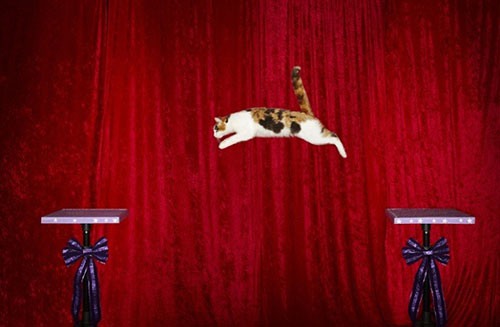 Alley the Cat set the 2014 Guinness World Record for longest jump by a domestic cat after leaping six whole feet!

5. What Makes the Circus Click is Good for All Cats 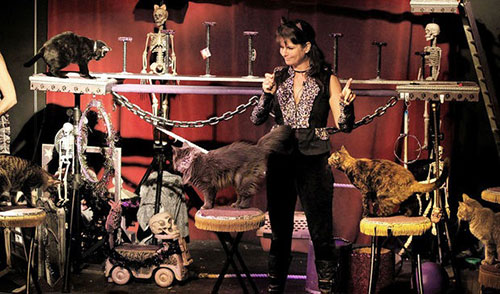 Martin uses a Pavlovian method she calls "clicker training" and encourages other cat owners to adopt this as a proven method to work with their own pets. 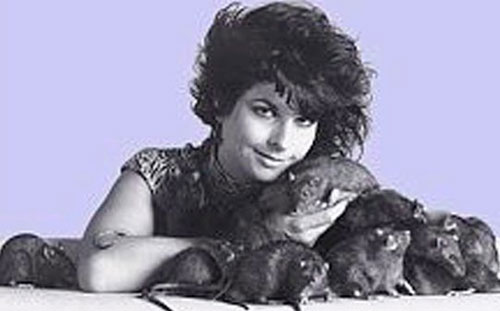 Because the early iteration of Martin's animal troupe was called "The Amazing Acro-RATS," and she still includes some of the rodents in her roadshow to this day!

7. They Have a Very Special Merch Offer 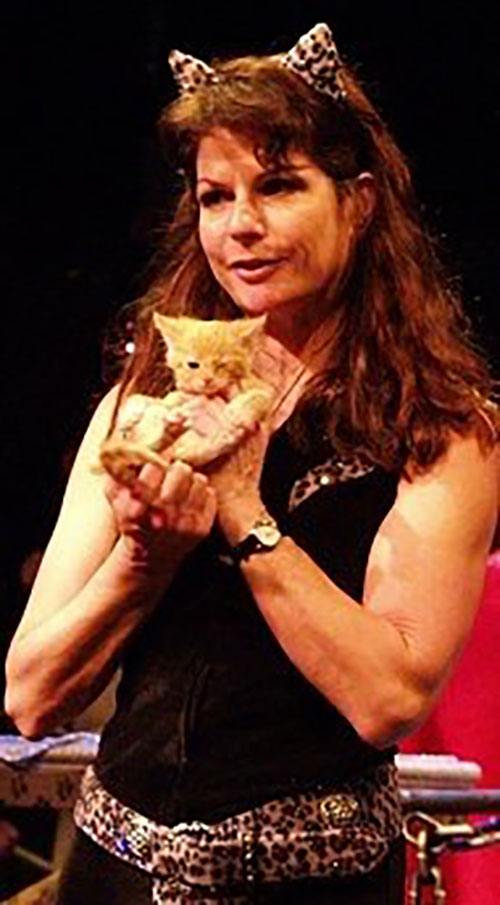 Martin travels with adoption-ready cats. To date, she has found forever homes for more than 150 kitties. 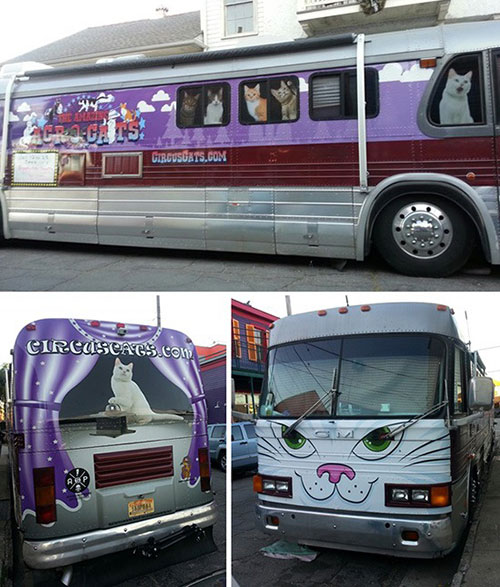 Since they tour nine months out of the year, Martin makes sure she and her band of performing cats travel in comfort and style.

9. The Drummer Is a Little Chicken

Check out The Amazing Acro-Cats' website for info on upcoming dates. Hopefully they'll tumble through your area soon!