9 Celebs and Their Ideal Canine Counterparts 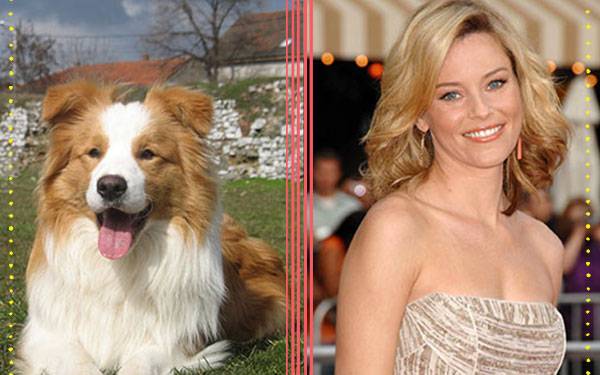 We know a ton of celebrities who are freaks for their pets. But what about those A-listers who don’t fly their pet freak flag? We did some sniffing around and matched some of Hollywood’s biggest talents with what we think would be ideal canine companions. 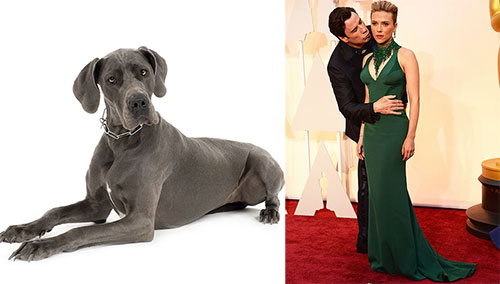 After that display at this year’s Academy Awards, it’s painfully obvious that John Travolta needs SOMEONE to cuddle. We think a friendly Great Dane might be the right dog to tame Danny Zuko. Great Danes are friendly and affectionate. PLUS, they’re big enough to protect themselves from Travolta’s creepy touch.

Colin Farrell is a versatile actor, an outspoken Gay rights activist, and a loyal supporter of charities including UNICEF and the Special Olympics. We think Colin deserves an equally loyal companion: an outgoing, approachable pet that will look just as good on the red carpet as Mr. Farrell himself. Enter the Cocker Spaniel, a friendly and playful breed known for their loyalty and soulful brown eyes – we think it’s a perfect match!

Aziz Ansari knows what his audiences want – wit, snark, and the best gags their two-second attention span will allow. Now that Parks and Recreation is over, Aziz needs a new outlet for his mischief. That’s why he should get a Jack Russell Terrier, a lively partner-in-crime who excels at making people laugh. 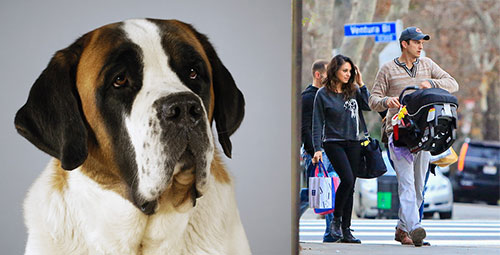 Mila and Ashton are not only new parents, they’re also devoted pet lovers. But to really be pet freaks, we’d love to see them add to their brood, and what better breed to help out with a new baby than the venerable Saint Bernard? Known for having patience and a love of children, this gentle giant would definitely make a welcome addition to the growing Kutcher-Kunis household.

All-around badass Robert Patrick has been scowling his way to A-list status for almost 30 years, from terrorizing Arnold Schwarzenegger as the T-1000 in Terminator 2 to fighting Super Soldiers on The X-Files. In his downtime, we think Patrick should burn off some of that machismo by tossing a Frisbee or going for a run with a German Shepherd, an intelligent and energetic breed that also happens to be on the badass side.

Kanye is known as much for his live TV tirades as for his musical talent. But we think his bark is worse than his bite, and the love of a loyal canine could soften his gruff image. Enter the Puggle, a sour-faced sweetheart of a dog who could nuzzle Kanye into a better mood. Who has time to punch a paparazzo or hijack an awards show when you’re snuggling with a puggle? 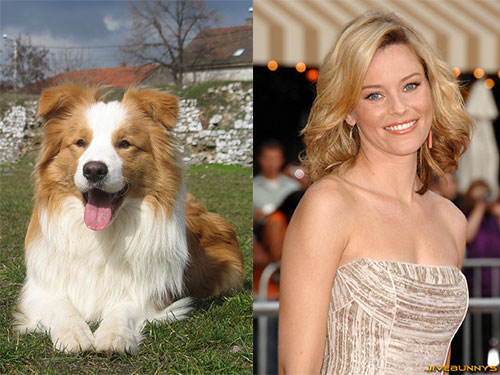 After almost 20 years of hard work, Elizabeth Banks is now an in-demand leading lady thanks to her performance as Effie in The Hunger Games. We think her canine companion should be equally hardworking, and a Border Collie could be a great match. Collies love to stay busy and are more than just a pretty face, just like Elizabeth! 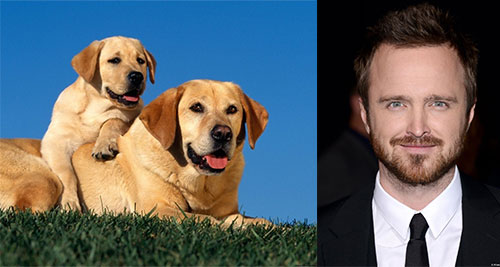 Boundless energy, fun-loving disposition, and not bad to look at – we could be describing Breaking Bad star Aaron Paul OR his perfect canine companion, the Labrador Retriever. We can picture these two going for a run at the beach, playing ball in the park, and then relaxing after a hard day’s work. Labs are also great with kids, perfect for Aaron’s growing family! 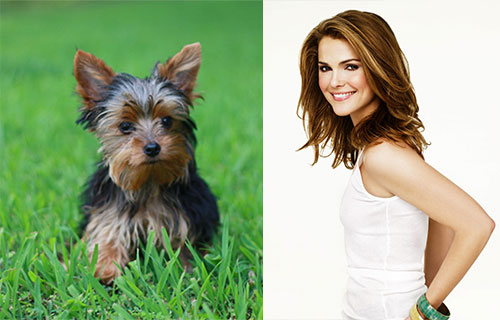 Keri Russell is a gal on the go: the mother of two hasn’t slowed down since her Felicity days, and is currently starring in the FX spy drama The Americans. But a busy lady still needs a companion about town, and we think a Yorkshire Terrier would make a great pet. Yorkies are friendly and affectionate, and as a bonus, require only moderate exercise. So hanging out in a designer handbag during long hours on set is no problem for these tiny pups!

Don’t you think these celebs would have an infinitely more fabulous life with these canine companions? Now that you’ve seen how much fun it is to play matchmaker, let us know which stars you’d like set up with a furry counterpart!