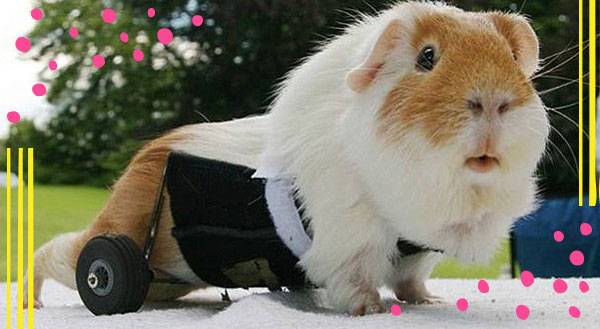 For a playful animal, there's nothing worse than not being able to run, jump, and frolic. These pictures prove that with the right equipment, impaired pets can move around with the best of them!

Here are 9 pets that had their lives transformed by a set of wheels: 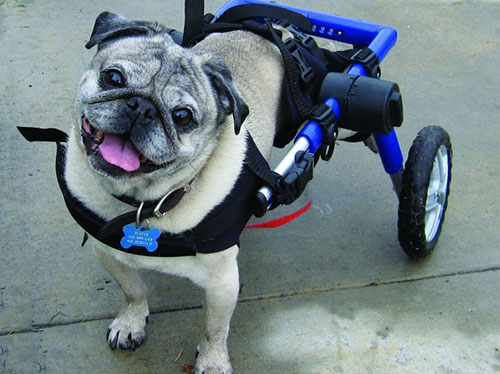 Pugs are prone to disabling spinal problems, so they're the breed most likely to use wheels. Buster is all smiles now that he has his Walkin' Wheels Cart. 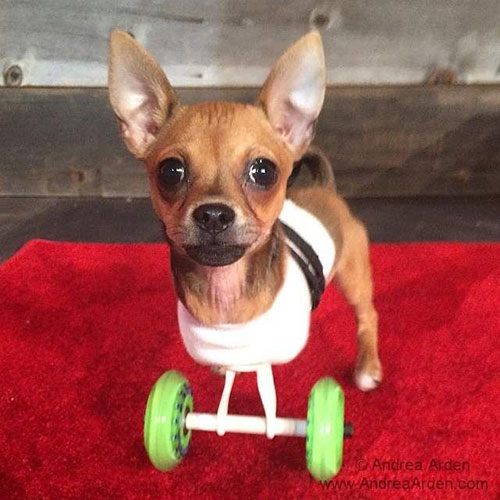 Turbo Roo was born without his front legs. Thanks to his tiny wheels, he can scoot around just fine!

After being shot with an air gun, this kitty needs her pink wheels to stand upright. We're so glad she still has a way to run around and catch those backyard mice! 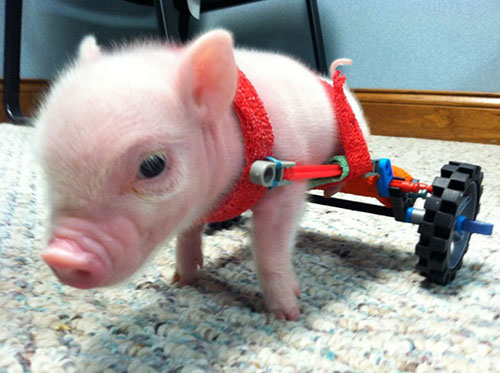 Chris was born with malformed hind legs. He had to lift his rear up and walk on his front legs all on his own, until his owner built him wheels from a Kinex set. Chris is now the star of his own children's book! 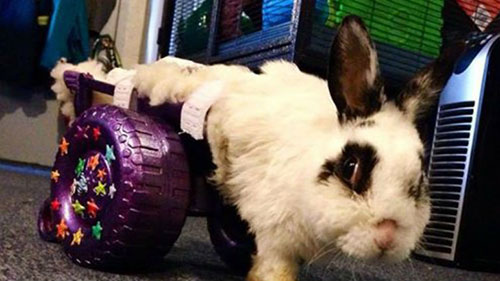 Because of a birth defect, Dolly lost the use of her legs at the age of 7. Her owner made these pimped-up wheels so she could go back to frolicking! 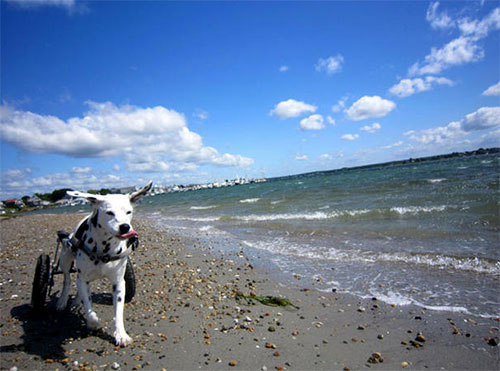 Dottie was paralyzed by a herniated disc, but she doesn't let that stop her from running on the beach! 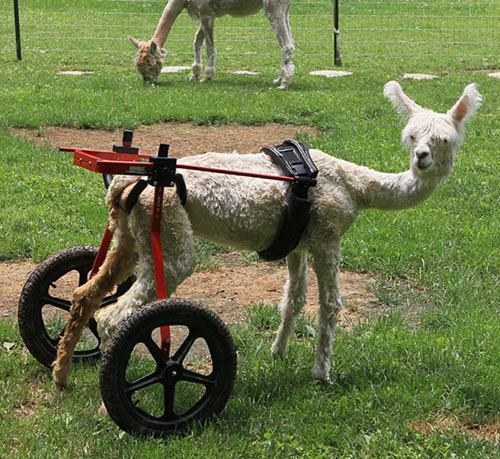 Born premature, this St. Louis celebrity was mysteriously paralyzed after a dog spooked her herd. When Holli's owner could no longer afford to pay for therapy treatments, the whole city chipped in to help, including one good Samaritan who purchased Holli's $700 wheelchair. 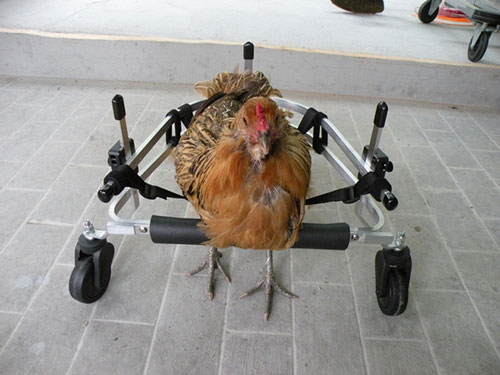 This chicken is helping to test out a wheelchair for K-9 Carts West, a company based in Washington State, after they received an order for a chicken that was hit by a car in Hawaii. 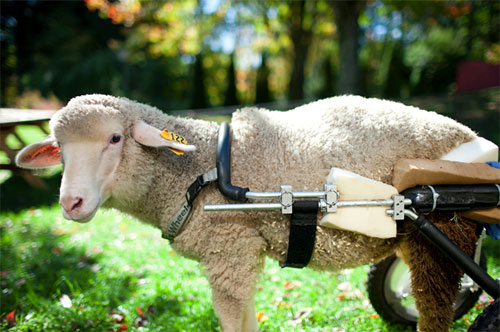 Spin is a 5-month old lamb that was paralyzed at birth. She's been on wheels since she was 12 days old and she's loved every moment! 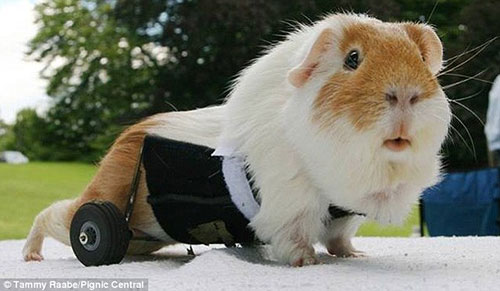 Benny was a popular guest at a Boston-based summer "Pig-nic." 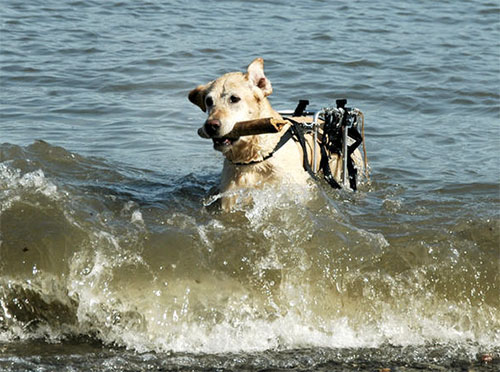 After she got her wheels, Topaz was back to her usual self, chasing sticks and even swimming!

If seeing these precious pets makes you want to help other animals regain their mobility, check out the charity Pets with Disabilities.